Sure, some Italian wine can get a bit pricy, but so can Italian truffles! And no, we don’t mean chocolates, we’re talking about the delicious fungi that you can enjoy with pasta, or in the form of luxurious truffle oil.

The European white truffle is one of the most expensive mushrooms in the world, however, just as fine wines high prices are justified by their traditional processes and artisanal craftsmanship, top-priced truffles are equally vindicated by their rarity, and the extraordinary way by which they are harvested, or should we say hunted. Truffle hunting takes place with the assistance of furry friends who are trained to detect the scent of the magic mushrooms (not the illegal kind!), and despite “Trufflehunter” being the name of a certain talking badger in C.S. Lewis’ Chronicles of Narnia, the most commonly used animals for this task are pigs and dogs. We met the lovely Lola when we went truffle hunting in Piedmont, who is owned by former Doctor Livio Franco Carlevero, who is the creator of the Terre di Tartufi project in San Damiano d’Asti. He explained to us that dogs like Lola cost €8,000 after they’ve undergone their truffle training, but this is understandable when you consider that they need to feed them pieces of truffles so that they become accustomed to the taste/scent – that’s one expensive doggy diet! But, it’s definitely worth it, because just a few minutes after we walked into the designated truffle searching area, even though it was late August and too early for prime truffle season, Lola, who was previously walking calming alongside her owner, pelted off into the distance and started digging excitedly. We ran after her, and after a short while, Livio pulled her away to start excavating the area with his various trowels and equipment, and also to stop her from swallowing the valuable tasty treat herself! After a few minutes digging and smelling the soil (human truffle hunters need to be prepared to get as brown-nosed as their canine friends!), we struck gold (or should I say white?) and had a small white truffle of our very own. But you don’t just need a diligent dog to help you find truffles, you need to make sure you are searching in the right conditions. Livio explained to us that the optimum conditions for promoting truffle growth include the presence of dog roses, dogwoods (we’re sensing a canine theme here…), lime trees and oak trees, to name just a few.

Piedmont is one of the top places in Italy to go searching for the elusive and expensive mushrooms, as the town of Alba in the region is famously known as the white truffle capital of the world! We suggest visiting between October and November, not only because this is prime truffle season and will give you the best chance of snatching a fancy fungus, but also because it is when the famous Alba white truffle festival takes place. This month-long affair celebrates the region’s prestigious product, and this year included events ranging from the World Truffle Market, where you can purchase the marvellous mushrooms (though it might burn a hole in your pocket), to the Alba Truffle Show, which featured debates, meetings, book launches, talk shows, workshops and show cooking. There were also cultural events, musical concerts, and performances celebrating Alba’s rich history, such as evenings where the town was transported back to medieval times by costumed actors, and even a series of parades including a donkey palio!

This extravagant celebration reflects how proud the region of Piedmont is of its famous mushrooms, but to get a real taste for truffles and their importance in Northern Italian cuisine, you really need to go hunting yourself! Why not have a go at one of Terre di Tartufi’s experience packages, which can combine truffle hunting with a delicious breakfast and a visit to a local winery! 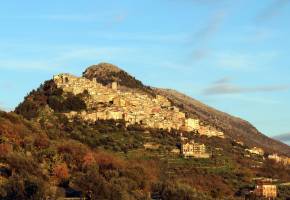 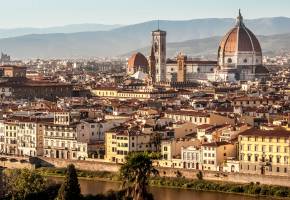 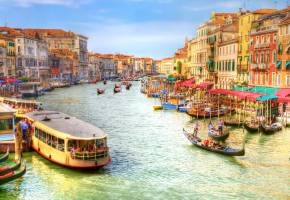