A perfect art city dressed up with colossal palaces and still beautiful in its intact medieval walls, Ferrara jumps out on the route between Venice and Florence. Like any city situated on the way to more famous places, Ferrara seems to be serially overlooked, despite its Unesco World Heritage status. That’s the reason why tourists who choose Ferrara will find it unexplored and sweetly calm.

Ferrara was the domain of the powerful Este clan, who endowed the city with its huge castle. Ferrara suffered damage from bombing raids during WWII, but its historical centre remained intact. The former Jewish ghetto is particularly interesting and it is the region's largest and oldest, which prevailed from 1627 until 1859. Because of an enviable location, Ferrara is a perfect stop for the ones that are travelling by car from Venice to Florence (or Bologna). Everything in Ferrara seems to have the stamp of the all-powerful Este family on it. Their moated ducal castle dominates the town centre, and almost every museum and tourist attraction is housed in a palace built by some member of this dynasty that ruled this part of the Po Valley throughout the Renaissance.

Castello Estense, Nicola Jannucci [CC BY-SA 3.0 (https://creativecommons.org/licenses/by-sa/3.0)]​
Built-in 1385 the castle's walls and towers behind their moat look less forbidding today, and its immense courtyard is often filled with colourful banners and booths of a local fair or festival. 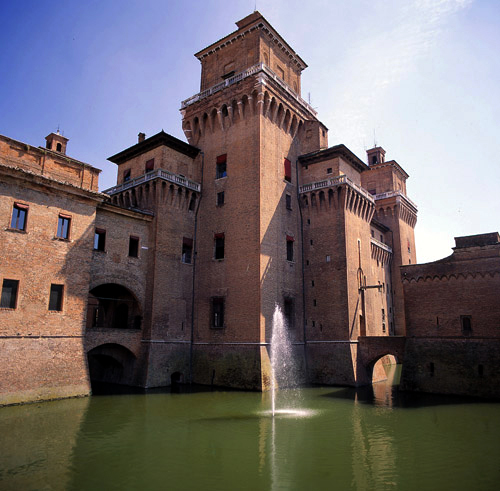 Castello Estense, Massimo Baraldi [CC BY 2.5 it (https://creativecommons.org/licenses/by/2.5/it/deed.en)]​
Most of the popular attractions and things to do in Ferrara are located in the Centro Storico, the historic centre that was enclosed by the old town walls. At the heart of this is the long Piazza Trento e Trieste, with the castle at one end and the cathedral forming one entire side.

Although most often called Palazzo di Ludovico il Moro, it was actually commissioned by a nobleman, Antonio Costabile, so it is also known as Palazzo Costabile. By any name, it is a beautiful 15th-century Renaissance palace with a courtyard and frescoes that are early examples of trompe-l'oeil ("fool the eye") painting. 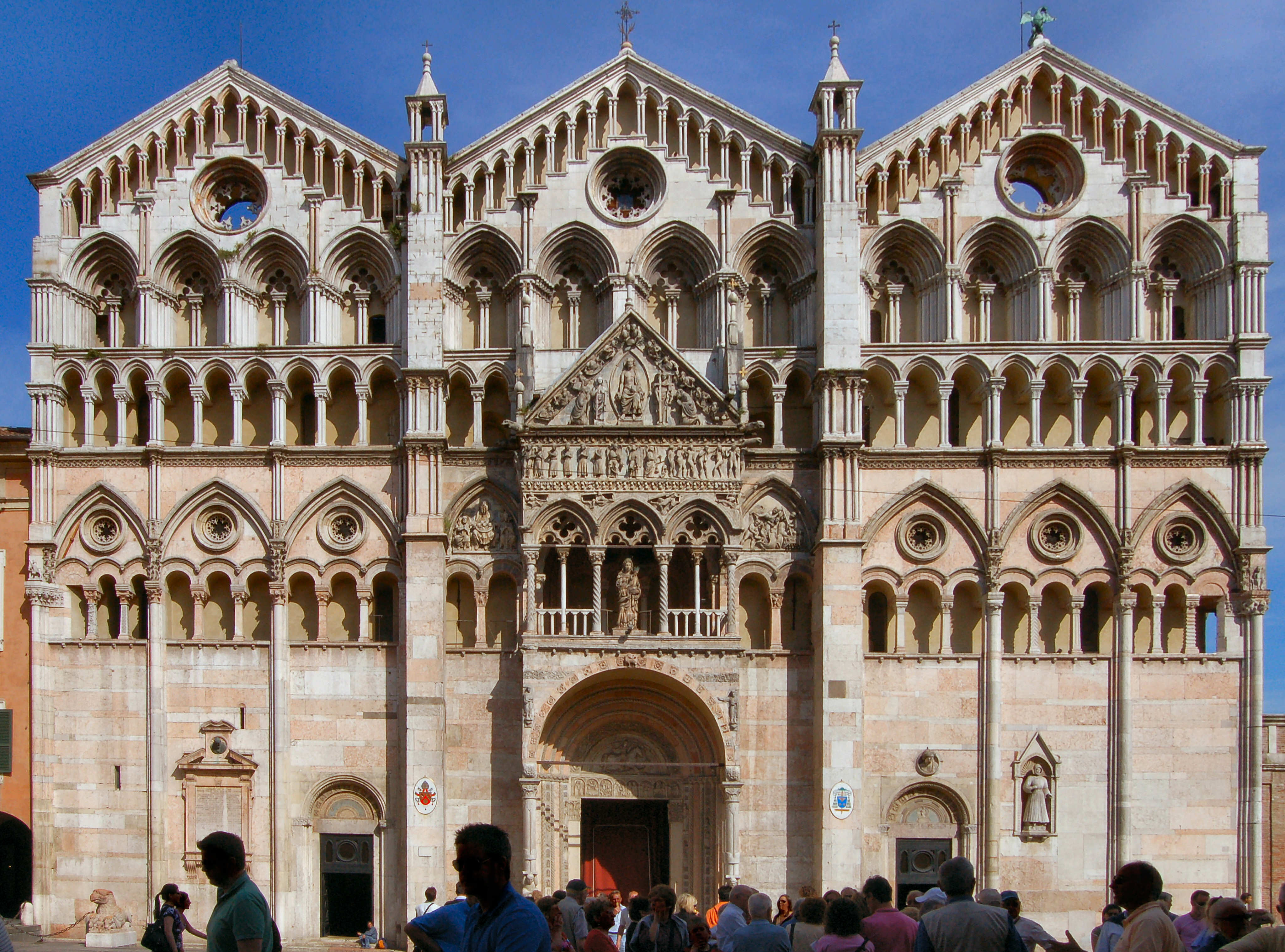 Cathedral of Saint George the Martyr

Ferrara Cathedral is an architectural image of the city's history. Its façade moves from a Romanesque lower tier, built in the early 1100s, upward to a beautiful early Gothic loggia from the 1500s.

Unlike many such picturesque medieval streets, this one has not become a line of shops, although you will find several places to eat in the old buildings that line it.

Castles fit for a King

Barolo is famously referred to as “the King of wines”, and where do Kings live? In a castle of course! In the Barolo region of Piedmont there are ...