Paris enchants visitors with its amazing artistic and cultural scene, ranging from world-famous art institutions to niche galleries. But with over 190 museums and cultural centres to choose from, deciding which ones to visit can be a bit stressful.
So, here’s our rundown of 11 great museums to visit in Paris to help you draft your travel itinerary. And don’t forget that most museums are open to the public for free on the first Sunday of every month! 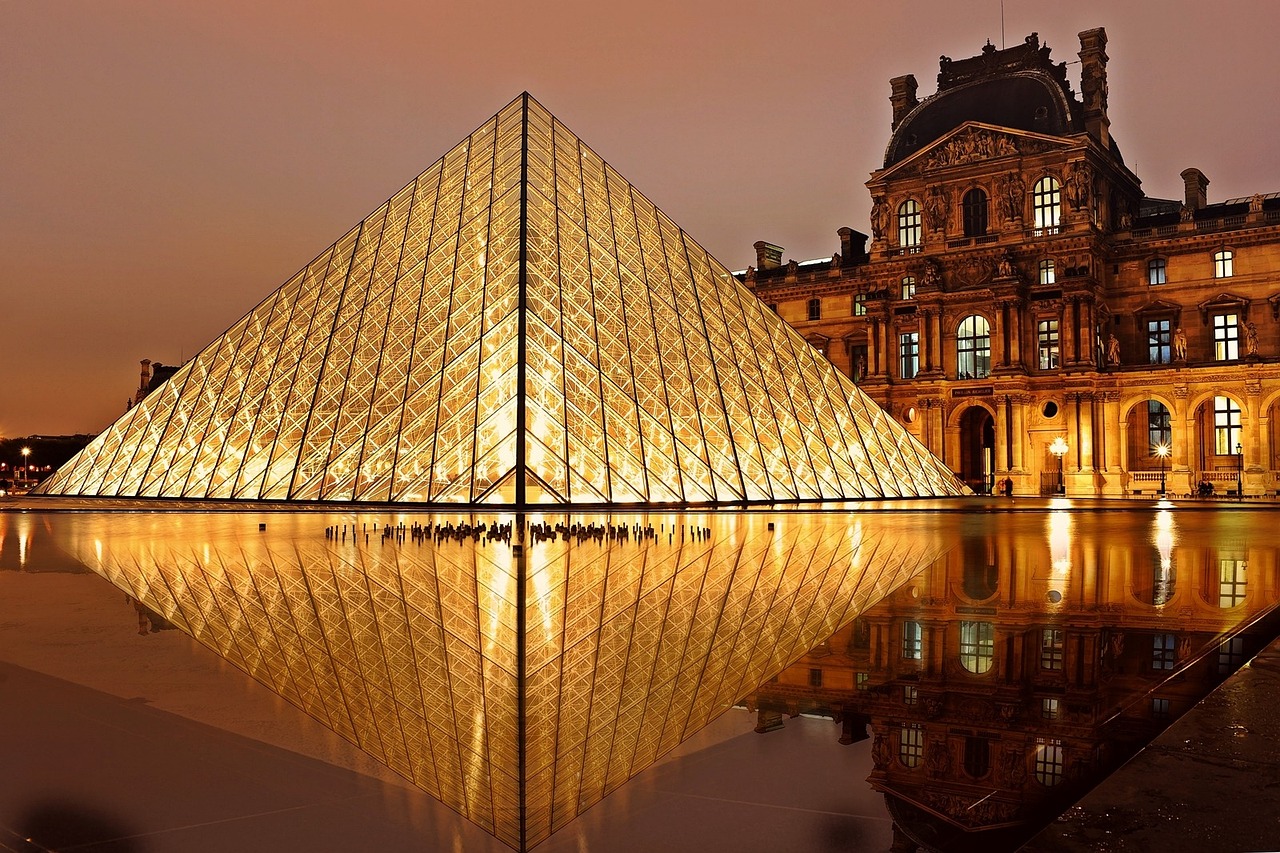 With an enormous collection of over 38,000 art pieces, the Louvre is Paris’ most famous museum and one of the largest in the world. Divided into five different floors, its galleries display precious paintings, sculptures and antiquities covering ancient civilizations, Western art from the Middle Ages to 1848, and Islamic art. The museum is housed in a grandiose palace dating from the 12th century, which served as the home of the French royalty until 1870. Biggest highlights include one of France’s most famous paintings, “Liberty Leading the People” by Eugene Delacroix, Géricault's “The Raft of the Medusa”, Antonio Canova’s “Psyche Revived by Cupid’s Kiss”, and Leonardo’s “Mona Lisa”.
Don’t miss: a stroll through the grandiose apartments of Napoleon III in the Richelieu wing to get a feel for the kind of opulence the Emperor was accustomed to.
99 Rue de Rivoli I louvre.fr

Musée de L'Orangerie, Brady Brenot [CC BY-SA 4.0 (https://creativecommons.org/licenses/by-sa/4.0)]
Fans of Impressionism will be charmed by the Musée de l’Orangerie. This little gem amidst the Jardin de Tuileries is home to Monet’s famous Nymphéas, a cycle of eight huge oil paintings that the artist created in the garden of his beautiful estate in Normandy. The museum used to be the winter hut for the orange trees of the Tuileries Palace and its glass facade fills the space with exceptional natural light. The lower-floor galleries display over 140 artworks mainly coming from the private collection of French art dealer Paul Guillaume. These include superb works by Cézanne, Matisse, Modigliani, Picasso and Renoir, as well as exclusive pieces of African art.
Don’t miss: the portrait of Paul Guillaume made by Amedeo Modigliani, one of the art dealer’s protégées.
Jardin des Tuileries I musee-orangerie.fr 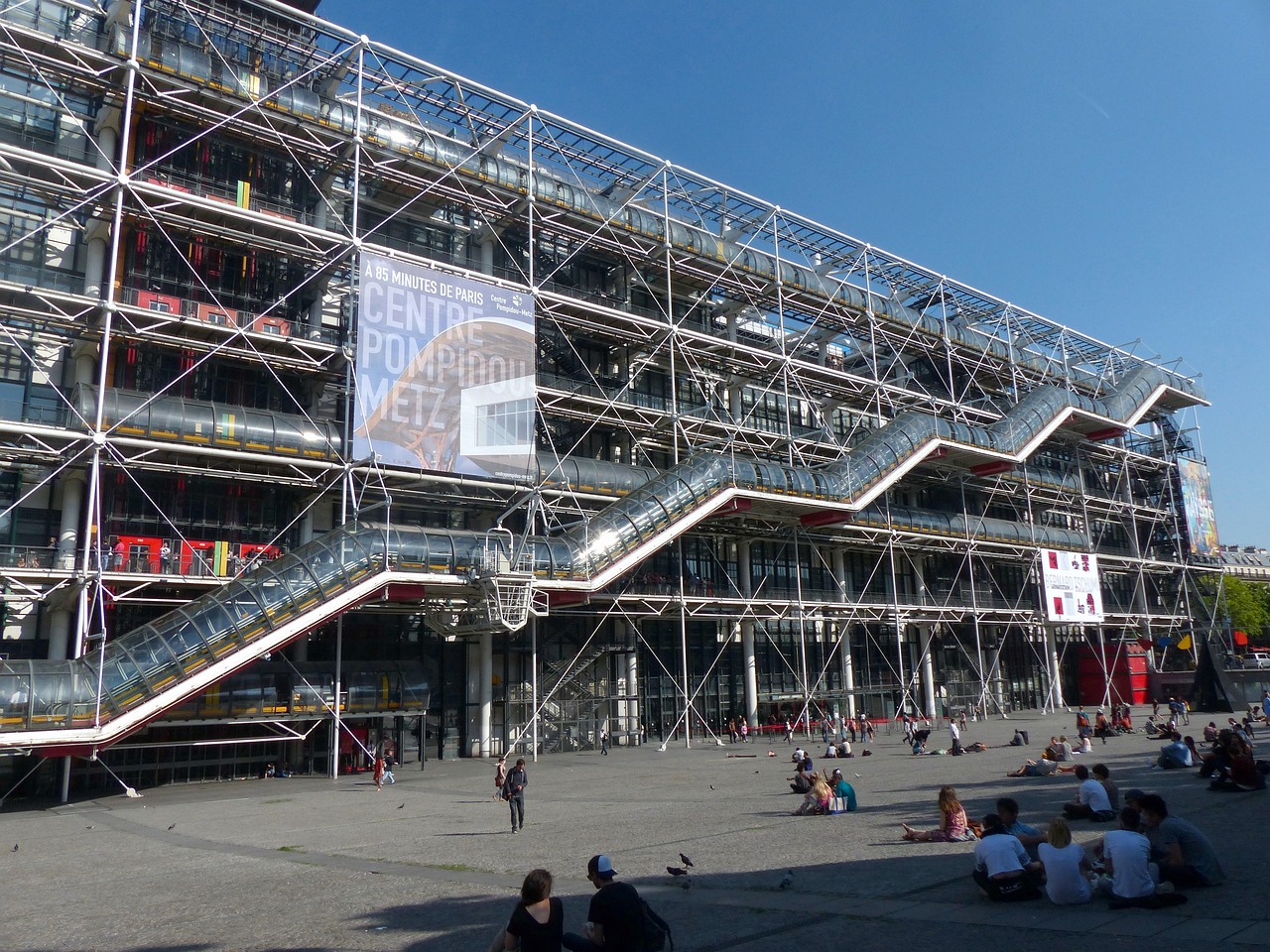 Designed by archistars Renzo Piano and Richard Rogers, Centre Pompidou opened in the 1970s as a public hub for all forms of art and quickly became one of France’s most vibrant cultural centers, as well as a showpiece of 20th-century architecture. The building is a Parisian icon itself, with extraordinary exteriors that resemble an oil refinery. Today the museum is a multidisciplinary venue that hosts workshops, concerts, exhibits and a fabulous permanent collection of modern and contemporary art covering the 20th and 21st centuries. This includes masterpieces ranging from surrealism to pop art, by the likes of Matisse, Warhol, Picasso, Duchamp, and Miró.
Don’t miss: the Galerie de Photographies with a huge collection of photos (40,000 prints and over 60,000 negatives) that retrace the entire history of photography.
Place Georges Pompidou I centrepompidou.fr 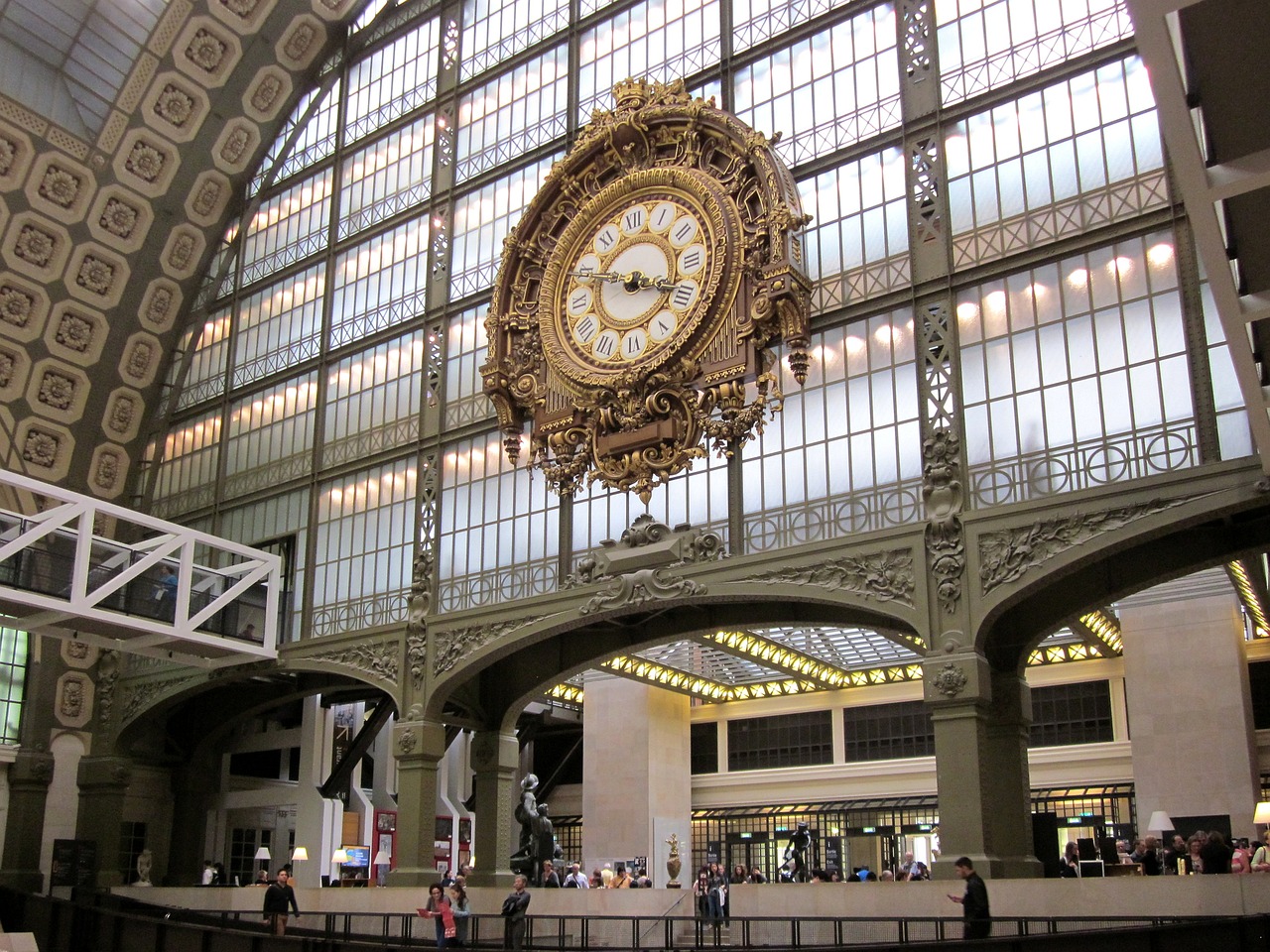 A former railway station on the left bank of the Seine, close to the Tuileries Gardens, the Musée d’Orsay is home to a superb collection of artworks from 1848 to 1914, with a special focus on Impressionist and Post-Impressionist paintings. The structure of the building is a jewel itself, with a beautiful art nouveau facade that hides impressive modern interiors made of glass and steel. What’s more, original details of the former station can still be seen in the restaurant and in the grand nave. The collection includes major artworks from the likes of Renoir, Degas, Manet, Cézanne, Klimt and Van Gogh, and often hosts temporary exhibitions. On Thursdays, the museum is open until 9:45 pm.
Don’t miss: the incredible views over Paris from behind the big clock on the fifth floor - one of the city’s most famous photo spots!
62, rue de Lille I musee-orsay.fr 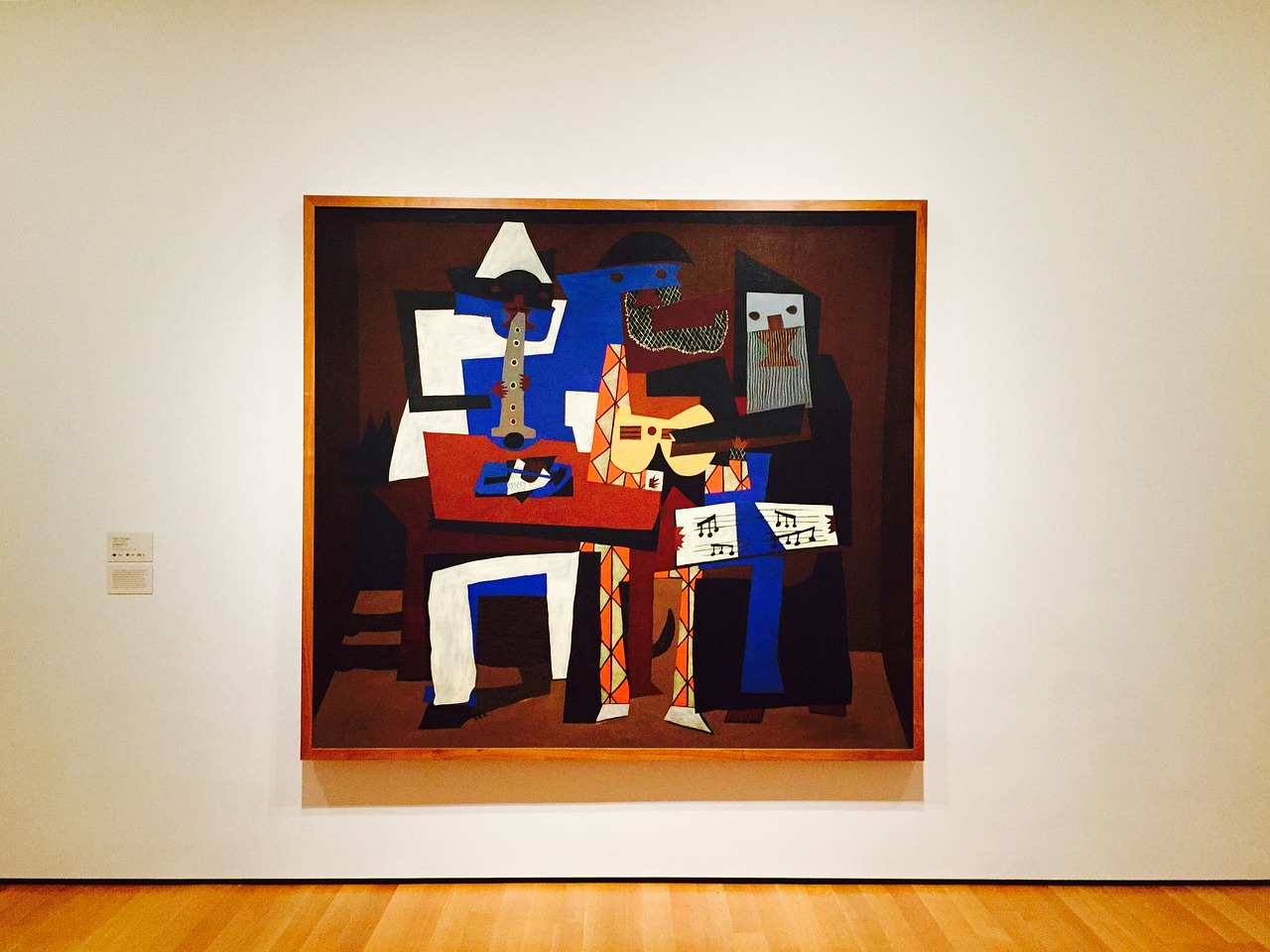 A short stroll from Place des Vosges in the charming Marais district, the Musée Picasso documents the work of Pablo Picasso and his great love for Paris through a collection of over 5,000 paintings, sculptures and objects belonged to the artist. Highlights include paintings like “Self-portrait”, “Man with Guitar”, “La Celestina” and  “Memento Mori”. Visitors can see also a number of personal papers, books and other written documents that help retrace the artist’s life. Throughout the year the museum hosts a number of temporary exhibitions on special topics related to Picasso.
Don’t miss: the photographic archives with the photos taken by Picasso himself, as well as those by major photographers of the 20th century like Henri Cartier-Bresson and Douglas David Duncan.
5 rue de Thorigny 75003 I museepicassoparis.fr 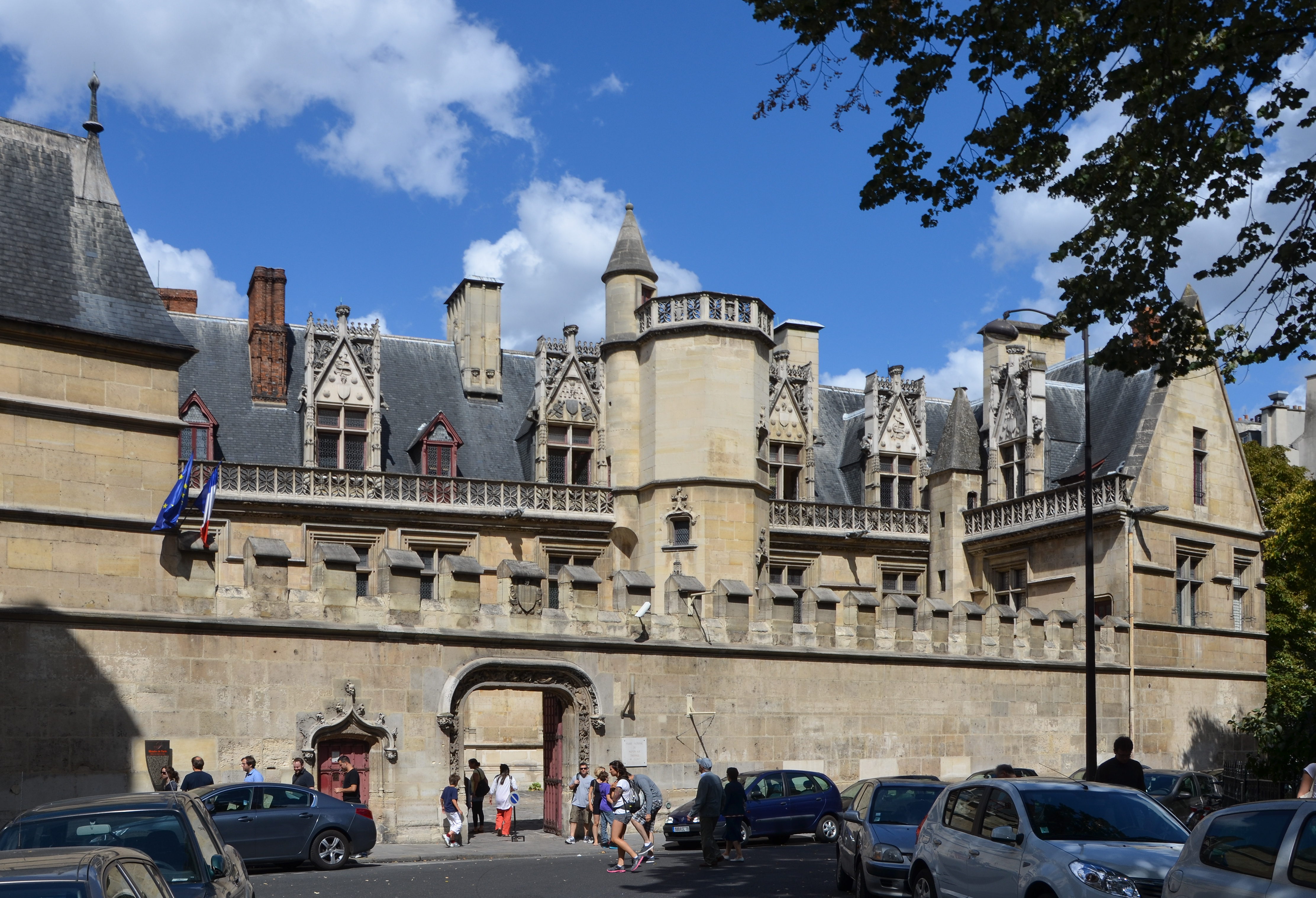 
Anyone with an interest in the Middle Ages should make a beeline for the Musée de Cluny. This little museum is located inside an authentic medieval mansion dating from the 13th century, in the Latin Quarter, and features an impressive collection of medieval artefacts, sculptures and antique furnishings. One of the most beautiful pieces on display here is “The Lady and the Unicorn”, a group of precious 15th-century tapestries made of wool and silk. The collection includes also a series of splendid stained-glass windows from various places in France, including Sainte Chapelle and St-Denis.
Don’t miss: the splendid remains of a Roman bath dating from the 1st century.
6 place Paul Painlevé I musee-moyenage.fr

The Cartier Foundation is a modern art venue situated in the 14th arrondissement. It is set in a magnificent building made of glass and steel designed by French architect Jean Nouvel and showcases artworks from the 20th and 21st centuries by the likes of James Coleman, Guillermo Kuitca and Damian Pettigrew. But the foundation’s main draw is its programme of well-curated temporary exhibitions covering a variety of topics, from Trees and Mathematics to Patti Smith. The foundation is open until 10 pm on Tuesdays.
Don’t miss: the foundation’s pretty garden, including a giant Lebanese cedar planted by Chateaubriand in 1823 and a series of artistic installations.
261 Boulevard Raspail I fondationcartier.com 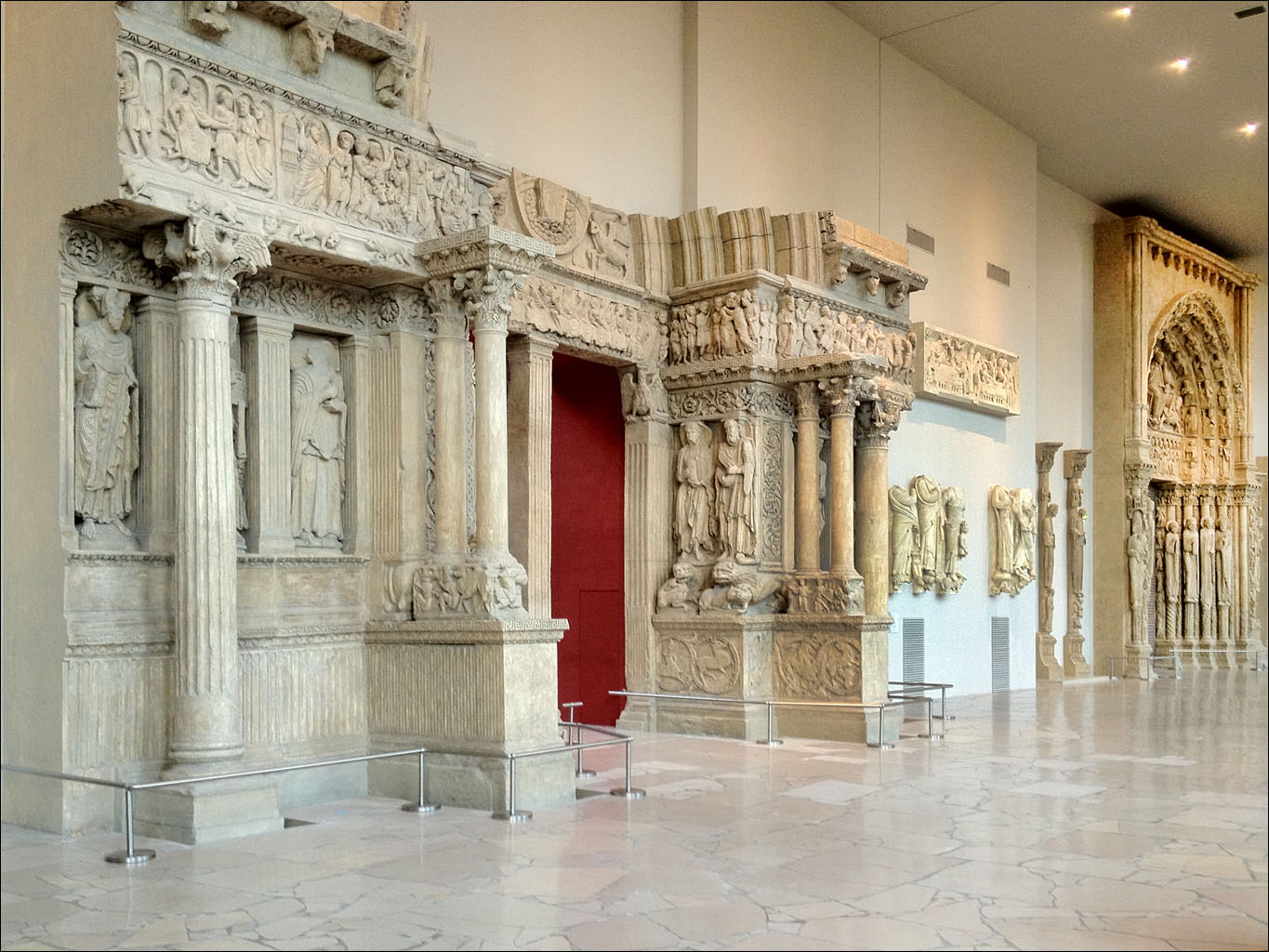 Just a few streets away from Paris’ iconic Iron Lady, La Cité de l’Architecture et du Patrimoine is devoted to the French architectural heritage. Divided into two main galleries, the museum displays plaster reproductions of France’s major historical monuments and architectural jewels, allowing visitors to fully appreciate the magnificent details that sometimes get lost when rushing into seeing everything. The collection covers a vast period of time, from the Middle Ages to the present day, and include stunning models of the Opéra de Paris, the cathedral of Reims, the Arc de Triomphe and the arch of the Gros-Horloge in Rouen. There is also an area displaying beautiful stained glasses and murals.
Don’t miss: a drink with a postcard-perfect view of the Tour Eiffel at the on-site café.
1, Place du Trocadéro et du 11 Novembre I citedelarchitecture.fr

With a strategic location between the Eiffel Tower and the Champs Élysées, Palais de Tokyo is an impressive venue with a number of exhibition halls, performance spaces and a bookstore. Called after Avenue de Tokyo, the former street where the building stands, the Palais was built in 1937 for the International Exposition and boasts a delightful terrace overlooking the Seine and an imposing facade decorated with Greek sculptures. There is no permanent collection, but rotating temporary exhibitions are organized on a regular basis, with a special focus on the emerging art scene in France and around the world.
Don’t miss: a bite at Monsieur Bleu, the in-house restaurant serving traditional Parisian bistro cuisine with views over the Eiffel Tower.
Avenue du Président Wilson, 13 I palaisdetokyo.com 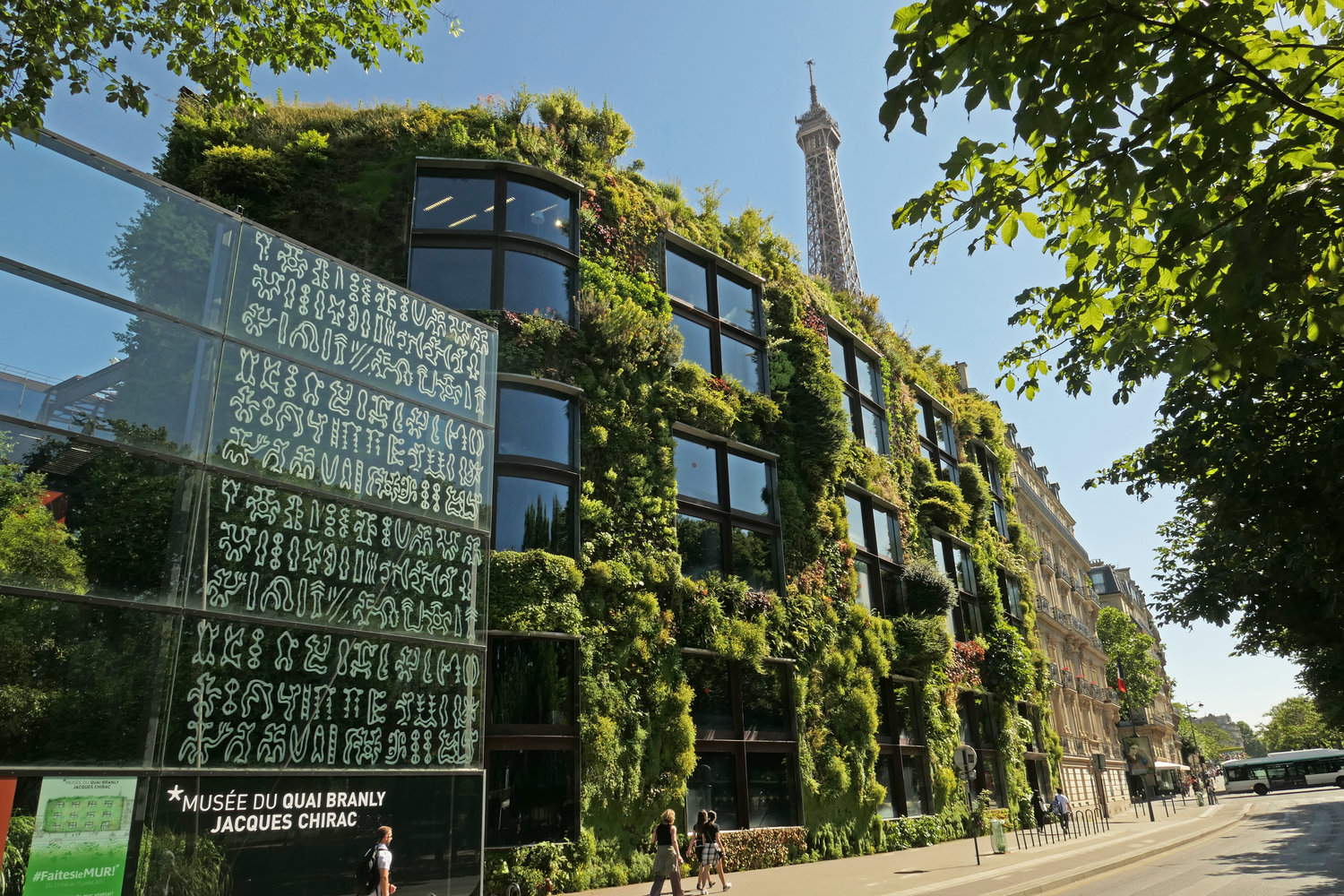 The Musée du Quai Branly – Jacques Chirac is one of the newest museums in town, opened in 2006 near the Eiffel Tower to celebrate indigenous arts and cultures. About 3,500 pieces are on display, divided into four sections dedicated to Africa, Asia, Oceania and the Americas, and illustrating the history and richness of non-European civilizations from the Neolithic period to the 20th century.  One of the museum’s biggest draw is its stunning exterior, featuring a spectacular green wall with 15,000 plants from all over the world and an imposing glass wall that separates the building from the riverside.
Don’t miss: a walk in the luxuriant gardens and the excellent exhibitions and festivals that are regularly organized at the museum.
Théâtre Claude Lévi-Strauss I quaibranly.fr

Housed in the magnificent Hôtel National des Invalides complex, the Musée de l'Armée is a military museum housing a huge collection of 500,000 historical items spanning from the Middle Ages to the 20th century. Visitors to the museum can learn about the country’s military history in detail through documents, weapons, drawings, uniforms and everyday objects. Major pieces on display include pistols and accessories belonged to Napoleon Bonaparte and armour made for the future King of France Henry II.

8 Hotels in Paris with views of the Eiffel Tower

Taking in views of Paris’ famed Eiffel Tower is on most people’s travel wishlists. Originally built as a temporary installation for t...

The best path to see the Paris of Napoleon

Napoleon was the principal Emperor of France after the French Revolution from 1804-1814, and for a short time in 1815 during the Hundred Days War. Na... 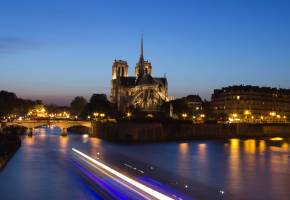 Our top recommendations for the best restaurants in Paris

Where to stroll in Paris without traffic

Paris is probably the best city on the planet to explore by walking! Parisians love to find the numerous gems in its avenues! In case you're inte...

The fantastic small villages of Burgundy

Once you’ve seen the brilliant lights of Paris and sun-bathed in the sun of the Cote d’Azur, you must visit Bourgogne, one of the French r...