It's not so long that North Macedonia became an independent Republic.
After a 27-year dispute over what to call the former Yugoslav republic finally ceased. Not only a constitutional change but a very new start occurred for an ancient land that has a lot to offer to passionate travellers. North Macedonia is more or less large as New Hampshire, bordered to Greece, Bulgaria, Serbia, Kosovo, Albania. In February, "the former Yugoslav Republic of Macedonia" — as the United Nations referred to the Balkan country during its admittance in 1993 — officially became the Republic of North Macedonia. 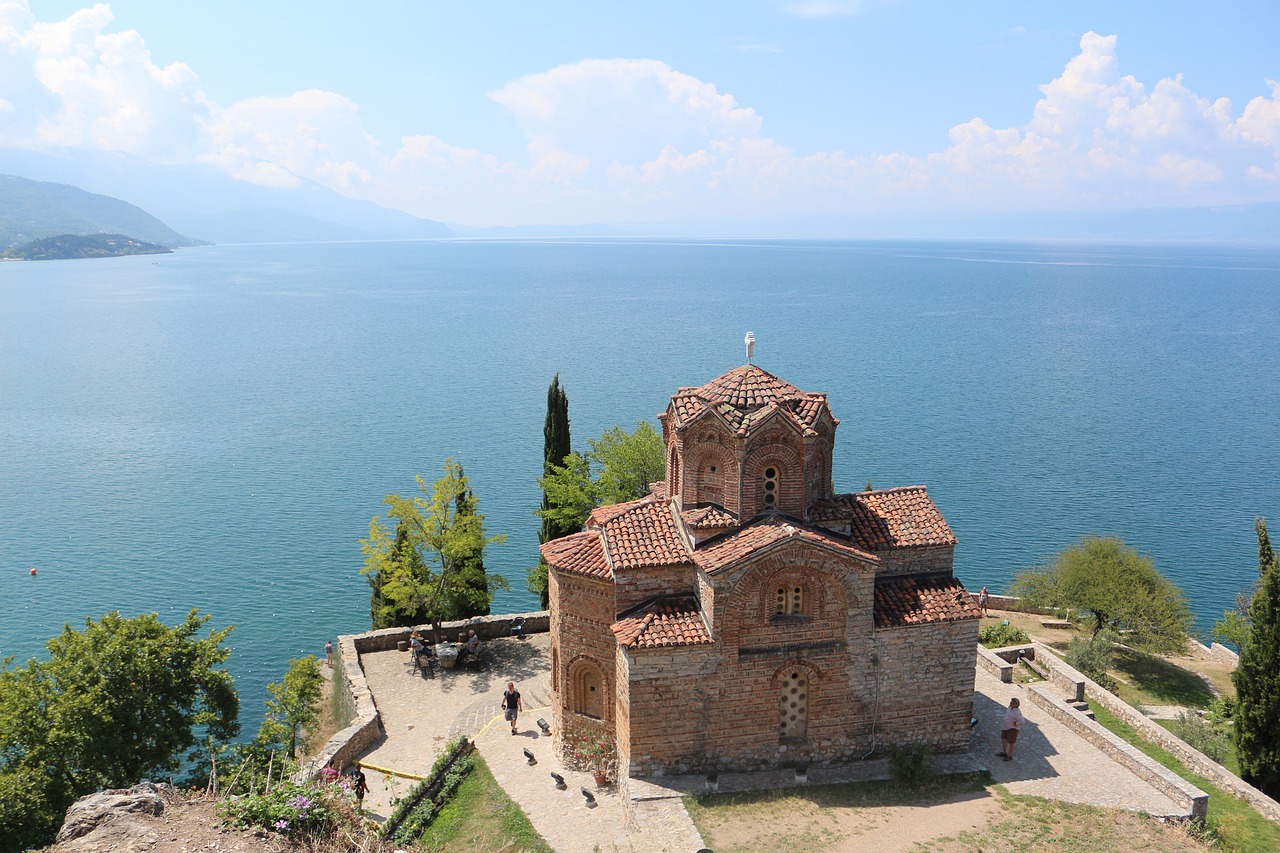 The Church of St. John at Kaneo in Ohrid

Apart from political reasons, the end of the dispute also happily means a new passport stamp for several travellers, as well as a new reason for them to discover this beautiful land.
That is good curious travellers who have been waiting, in growing numbers, so much time to start their exploration to are visiting the southeastern corner of Europe.

Filled with old-world culture, rustic gourmet cuisine, mountain chains, forgotten villages, and some of the oldest lakes in Europe, North Macedonia is a crossroads among several empires (Greek, Macedonian, Roman, Byzantine, Ottoman), a place where the Occident and Orient have long found a middle ground.
Whether we are talking about "philosophical boundaries" or just political ones, what counts most is that North Macedonia can now stop defining itself as something it was in the past, and to allow the love for this area to finally "cross the border". 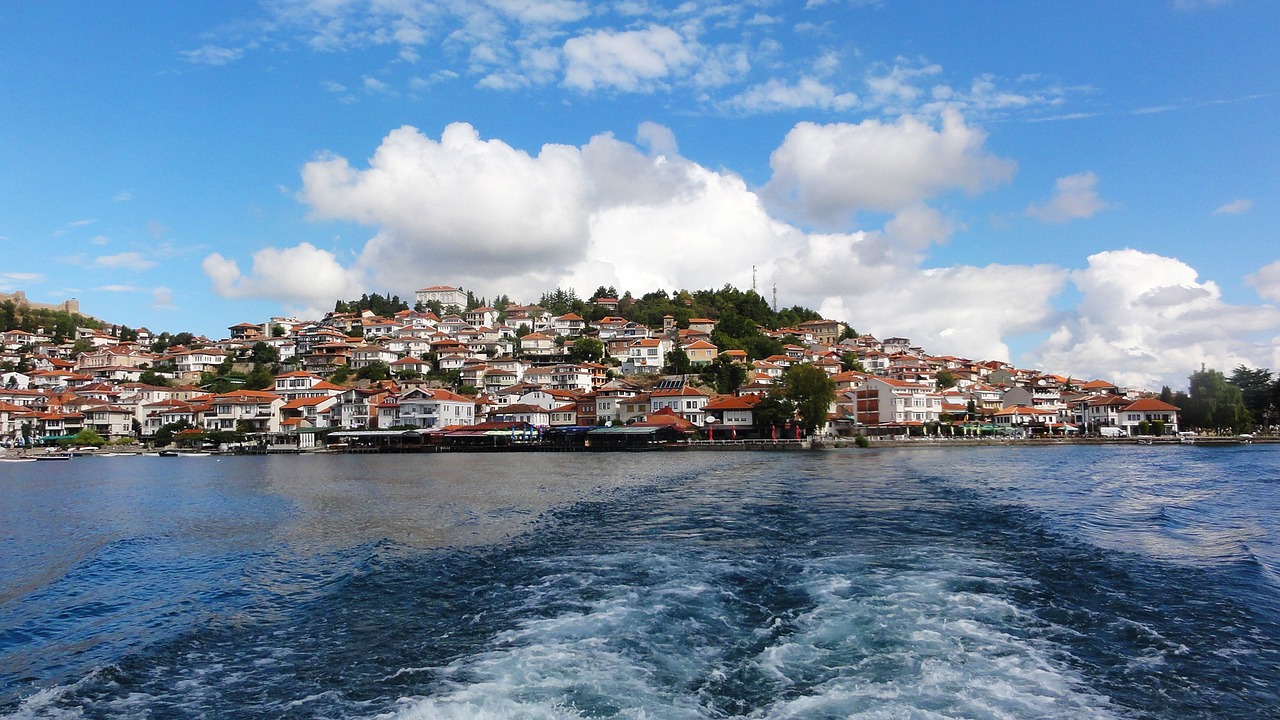 The country is ready to show its fascinating past and complex national identity to visitors coming from all over the world and to offer them the best of its art and cultural heritage, culinary tradition, and colourful landscapes. The high tourism season traditionally extends from late spring into the autumn, which is considered the recommended period to explore the area. These gorgeous routes are as yet little explored, so if you want to get off the beaten track in Europe, this is the place.

A microcosm of the region, North Macedonia stuffs the whole range of Balkan experiences into its small size. Travellers can sleep in nomadic shepherd settlements and huts during multiday hikes, and they can experience the traditional festivals in villages, where horn-and-drum rhythms pulsate. Tables overflow with grilled meats, vegetables, cheeses and bread — and excellent local wine.

Along the string of peaks, three national parks and the enormous Lake Ohrid (the country's postcard symbol) dominate the landscape, where natural beauties often mix with religious elements and roots. This is the case of the Ohrid region, where centuries-old Orthodox Christian monasteries perch atop hills overlooking the water, as "one of the oldest human settlements in Europe", also recognized by the Unesco in 1980.

If you want to combine the cultural field trip with one of the most picturesque lakes in Europe, make sure not to miss a stop there.
The Canyon Matka also deserves mention: the cliffs offer some fantastic hiking trails on the right and plenty of panoramic lookouts. Below, lays the real beauty: crystal green, calm, and stretching for miles on end, the river-lake is a perfect spot for kayaking and boat rides. Of course, the cities have their charms as well. 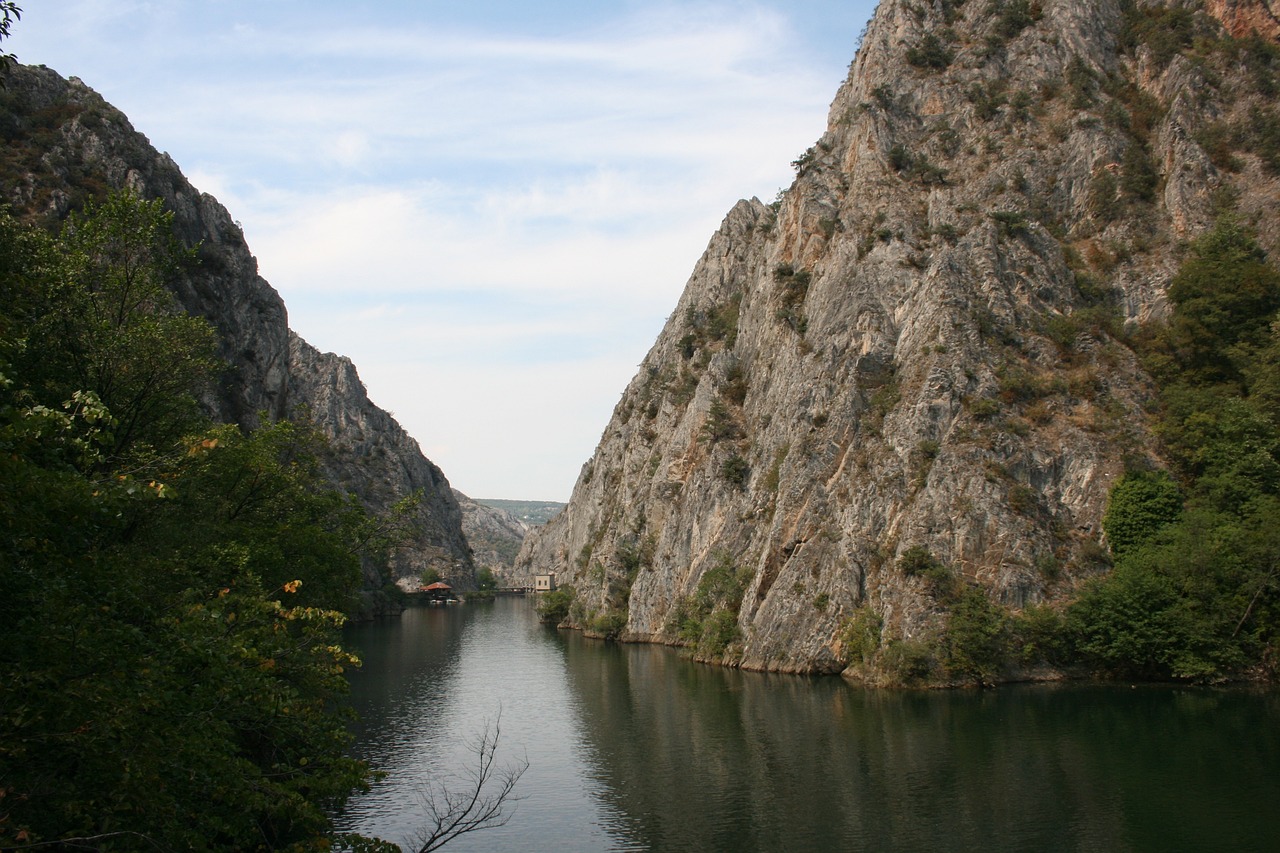 Skopje, the capital, is a proper European metropolis that rarely sleeps. The city centre has been restored as of late, and you'll find dozens of monumental buildings, statues, and ambitious architectural projects dotting the map. Further north, just off Skopje's main square, travellers can embrace the city's historical diversity in the Ottoman-era bazaar, known as Carsija. Here, cobblers, jewellers, cafes, wine bars, markets, souvenir shops, and restaurants share street space along the tangle of flagstone pedestrian avenues winding through the district. 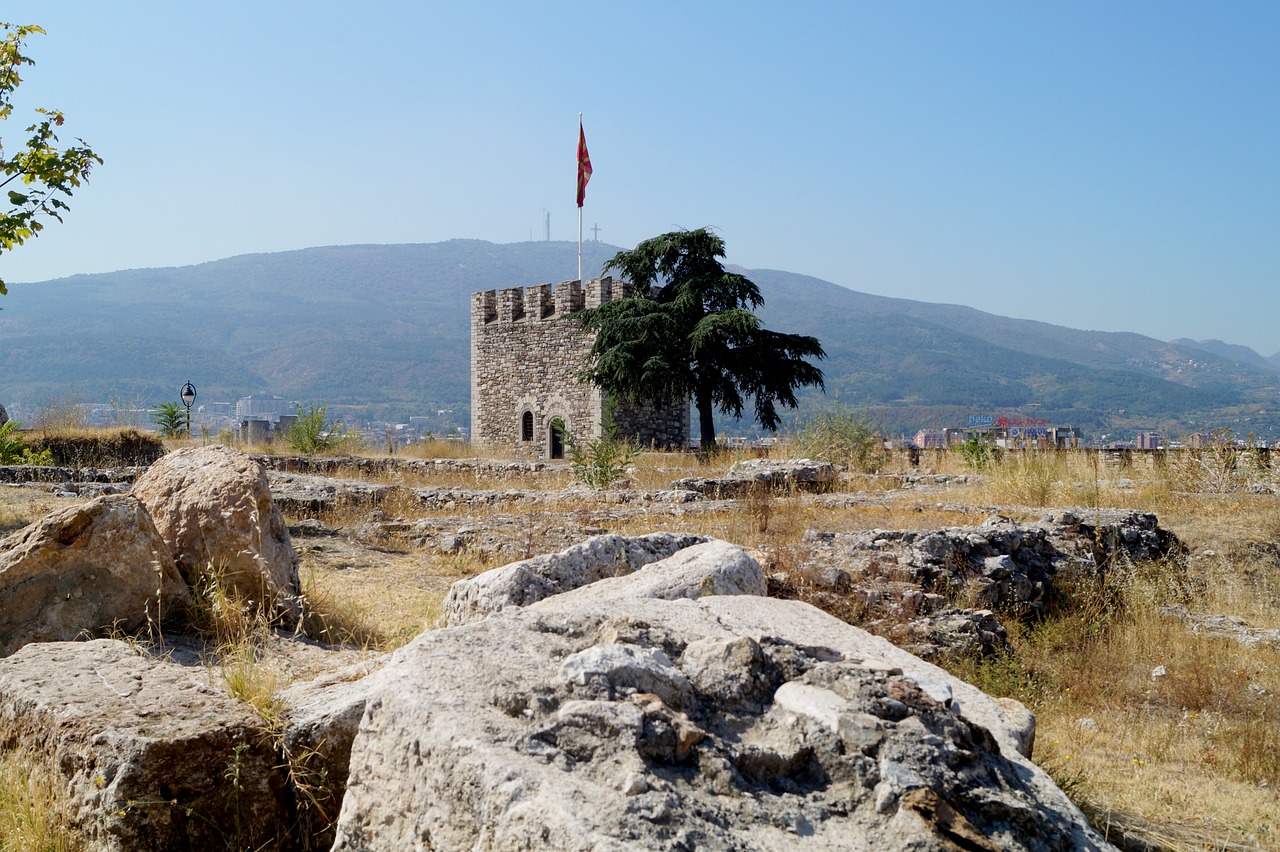 Another example of a piece of history in the area is the Kale Fortress, which has 6th-century foundations dating to the Byzantine Empire: this huge medieval prison, magnificently preserved even today, provides a strategic view across the city. Throughout the centuries, many different civilizations have set their flag on the North Macedonian soil, leaving with them some of their customs, traditions, and architecture. From the Romans to the Ottomans, cultural influence is still felt even today.

The Old Bazaar, perhaps, is the single most captivating attraction where the Ottoman era left a footprint.

North Macedonia can suit every kind of visitor, by offering several attractions and experiences one of a variety.
In other words, this country has a long story to unveil, characterized by natural beauty, rich cultural heritage, and gourmet experience.
Balkans North Macedonia

10 beautiful places to visit in the Basque Country

Occupying the stretch of coast between northern Spain and southern France, the Basque Country is an autonomous region that welcomes visitors with ...

How to trace the steps of the Medici family in Florence

Powerful. Affluent. Luxurious. These three words perfectly sum up the city of Florence itself, as well as the family who ruled it during the 15th – ...

Who said wine wasn’t a religious experience? Well, whoever it was, a trip to Canelli would certainly change their mind. This small, charming village...