Who said wine wasn’t a religious experience? Well, whoever it was, a trip to Canelli would certainly change their mind. This small, charming village in the Italian region of Piedmont is home to multiple subterranean wine cellars, which date back to the 18th Century and have come to be affectionately known as “wine cathedrals”.

These “cathedrals” are underground wine cellars that are dug deep into the hills of Monferrato and are home to thousands of bottles of the area’s wine production as they endure their long ageing process. Many of these bottles are of the sparkling variety, as Canelli is heralded as the birthplace of Italian sparkling wine, with the nearby city of Asti being the namesake for the internationally known Asti Spumante. Many of the sparkling wines in Canelli are produced by the celebrated “Metodo classico”, which requires an aging process of up to 5 years for some of the top vintages, meaning that these cellars (or cathedrals!) become are the home of some of the very best vino vessels for up to half a decade! We don’t envy them, as whilst the cellars are beautiful and breath-taking with their endless racks of glass bottles and high, curved, vaulted brick ceilings, we wouldn’t want to be constantly cooped up for 5 years at the necessary constant annual temperature of between 12 and 13 degrees (which amazingly is maintained by natural means due to the location inside the hill – no synthetic air conditioning here!), especially when there’s so much Italian sunshine and warmth to be enjoyed outside!

Wineries in Canelli that boast their very own underground wine cellars include Coppa, Ganja, Bosca, and Contratto, which together form a UNESCO world heritage site due to being masterpieces of engineering. We visited the Contratto winery for a tour of their magnificent cellars, and immediately understood why they are so renowned. We loved exploring Contratto’s romantic, fantastical underground network, which covers more than 5,000 square meters and has a depth of 32 meters. They are populated with 1.5 million dusty bottles of predominantly sparkling wine – after all they were the first winery in Italy to start producing the fizzy stuff – the likes of which have previously graced the lips of royalty, with two varieties even being produced for the King and Queen of England back in the early 20th Century!

Upon our visit to Contratto, we were privileged to hear the unique stories that the winery holds, from how one man turns all 15,000 bottles by hand in only hour as part of the Metodo Classico process, to how the winery honours its history by maintaining features of its past such as adorning the walls with Contratto’s memorable 1920s poster designed by the father of Italian poster art, Leonetto Capiello (you can read more about the story behind Contratto’s unique logo by reading our article “The Art Behind the Wine”). Even the lighting system in the romantically named “tunnel of rosé” originates from the 20s! This commitment to tradition and appreciation of the past feels typically Italian, and just goes to show that when it comes to wine, some things never change… 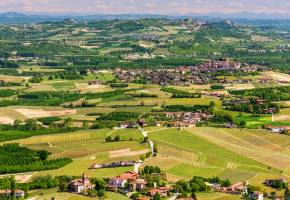 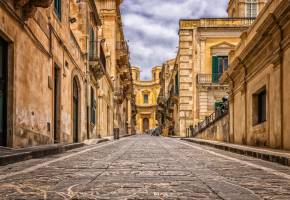