Matera is one of the most interesting and trendy tourist destinations in southern Italy; it is located in the region of Basilicata (called Lucania in the past), still visited by a few foreign travellers, it is famous for its extensive cave districts, the so-called "Sassi". Curious visitors can stay in caves, wander the lanes alongside the picturesque cave and learn the history of this fascinating place.

Until the 1950s hundreds of families were still living crowded into these cave-houses where poverty and bad living conditions spread; finally, the cave residents were moved - by law - to modern buildings on the plateau above. By the 1980s the abandoned caves of Matera were no longer a symbol of poverty but a fascinating reminder of the past. In 1993 the town was made a UNESCO World Heritage site, for being the most outstanding, intact example of an ancient settlement in the Mediterranean region. As Matera becomes more popular more and more old cave-houses are converted into comfortable modern dwellings, into hotels, B&Bs and restaurants. You can take tours of the "Sassi" and visit historic reconstructions of cave life. Matera was one of the filming locations for Mel Gibson's film The Passion of the Christ, with shots showing the Sassi and the gorge below.

The way to start your visit to Matera is to hanging around along the paths of the "Sassi" looking at the cramped town above its ravine, and the tumbling grey stone facades, which appear to be houses but turn out to be caves. If you are just passing through, with only a casual interest, this approach will be sufficient to have a taste of the town.
But to take more of this beautiful town and to understand what you are seeing we suggest to take a guided tour, visiting a cave-life reconstruction and one of the local museums. To 'see' Matera thoroughly, and to get an idea of the living conditions for the former cave, you should spend at least a day in the town. For those who want to absorb more of the history and unique atmosphere, to explore the quieter spots and visit museums and churches, we recommend staying at least two nights in Matera.

One of the most important things to consider when you plan your trip to Matera is timing. Some churches and attractions are only open at weekends, particularly in winter, and some require booking. If you want to do a lot of things during your days, be aware that most sites with opening hours will probably in the early afternoon. Travelling on a Sunday or a bank holiday is to be avoided if you don't have a car because there are no trains on these days and limited bus services. As Matera becomes more visited by tourists, some of these restrictions might lift but our suggestion is to visit this lunar place soon trying to fix these small inconveniences.

How to trace the steps of the Medici family in Florence

Powerful. Affluent. Luxurious. These three words perfectly sum up the city of Florence itself, as well as the family who ruled it during the 15th – ... 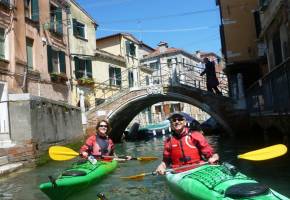