Reached easily in 30min by train or car, “Castelli Romani” – the Roman Castles – are a belt of towns on Rome south border, built around the fortresses of the most distinguished Roman baronial families. Noble palaces and castles dominate the landscape still today. Archaeological remains pack the area: Roman noble countryside villas, catacombs and one of the best-preserved Mithraeums (the temples erected by the worshippers of Mithra mostly underground). Apart from history, today Castelli Romani is the place where Romans go for a typical “gita fuori porta”, during the weekend. You can hike or bike through the Parco dei Castelli Romani, almost 40000 acres of breathtaking landscapes, or just pick one among the countless “fraschette” and enjoy one of the most memorable meals in your life. Porchetta (the whole body of the pig gutted and deboned, stuffed with herbs, reassembled and then roasted for 8hrs) was invented here, in Ariccia, and, if you like meat, you cannot miss it. Along with the limitless type of cheese, unforgettable dried and cured meat, amazing wines and the more authentic version of the traditional Roman dishes (amatriciana, carbonara, etc). Perfect setting for a Sunday excursion with lunch or a longer stay at one agriturismo or country resort, riding horses or walking through hills, vineyards and lakes and enjoy true rest for your body and mind. 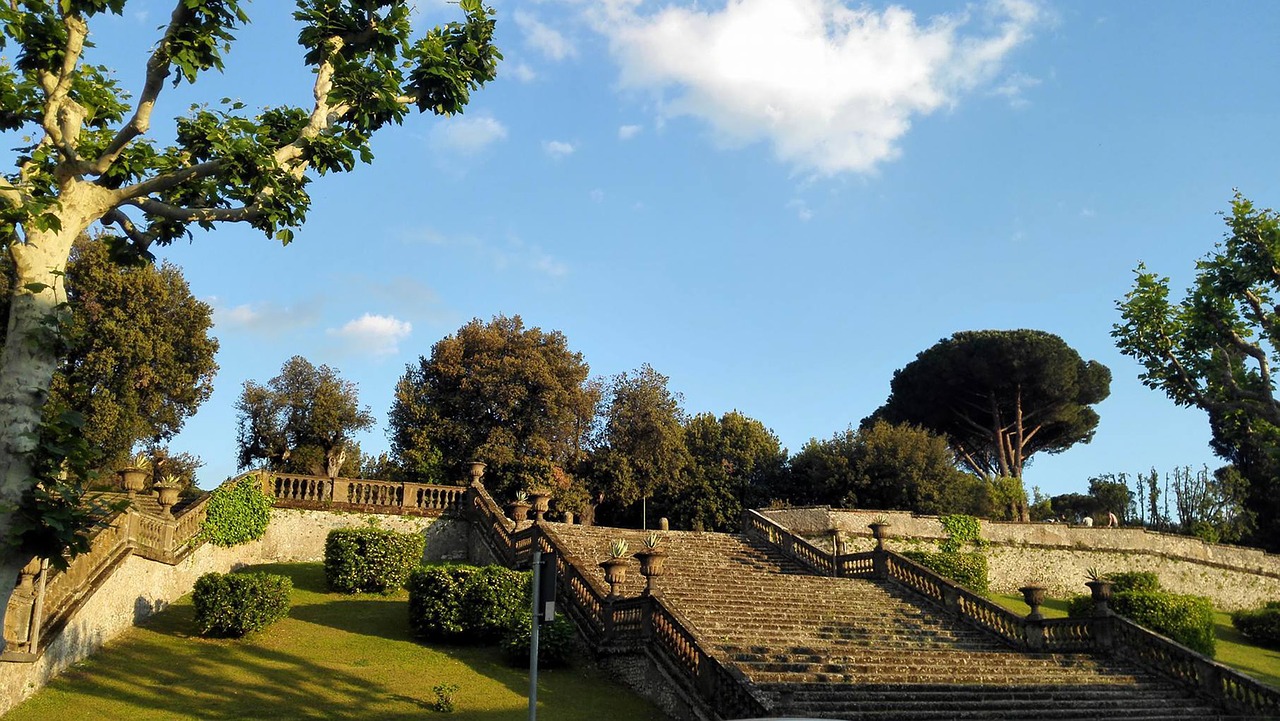 Laying just 40 km from Rome, at the foot of Monte Catillo, immersed in nature, Tivoli is a coffer just waiting to be opened to unveil its magnificence. Adriano, perhaps the most enlightened Roman Emperor of all time and the main character of the world-famous novel “Memoirs of Hadrian” by Marguerite Yourcenaur, chose Tivoli as its pleasant retreat to rest after the labours of the dominion. The Villa can still communicate the glories of that old past. Take a moment to contemplate the Canopo, an artificial canal-swimming pool, surrounded by an astonishing colonnade with Roman statues that evokes the estuary of the river Nile. Continue to the Teatro Marittimo, a small island within an artificial lake, once connected to the land with a small mobile bridge. Adriano used to come here to stay alone, relax and read his beloved Greek authors. But Tivoli was not loved only by Roman Emperors and nobles. During the XVI, the noble family D’Este chose the same location to build one of the most breath-taking examples of Renaissance architecture, the Villa d’Este. Both the Villa and the Gardens are a masterpiece of Italian art and they became a universal model for aristocratic villas all over in Europe in the following centuries. 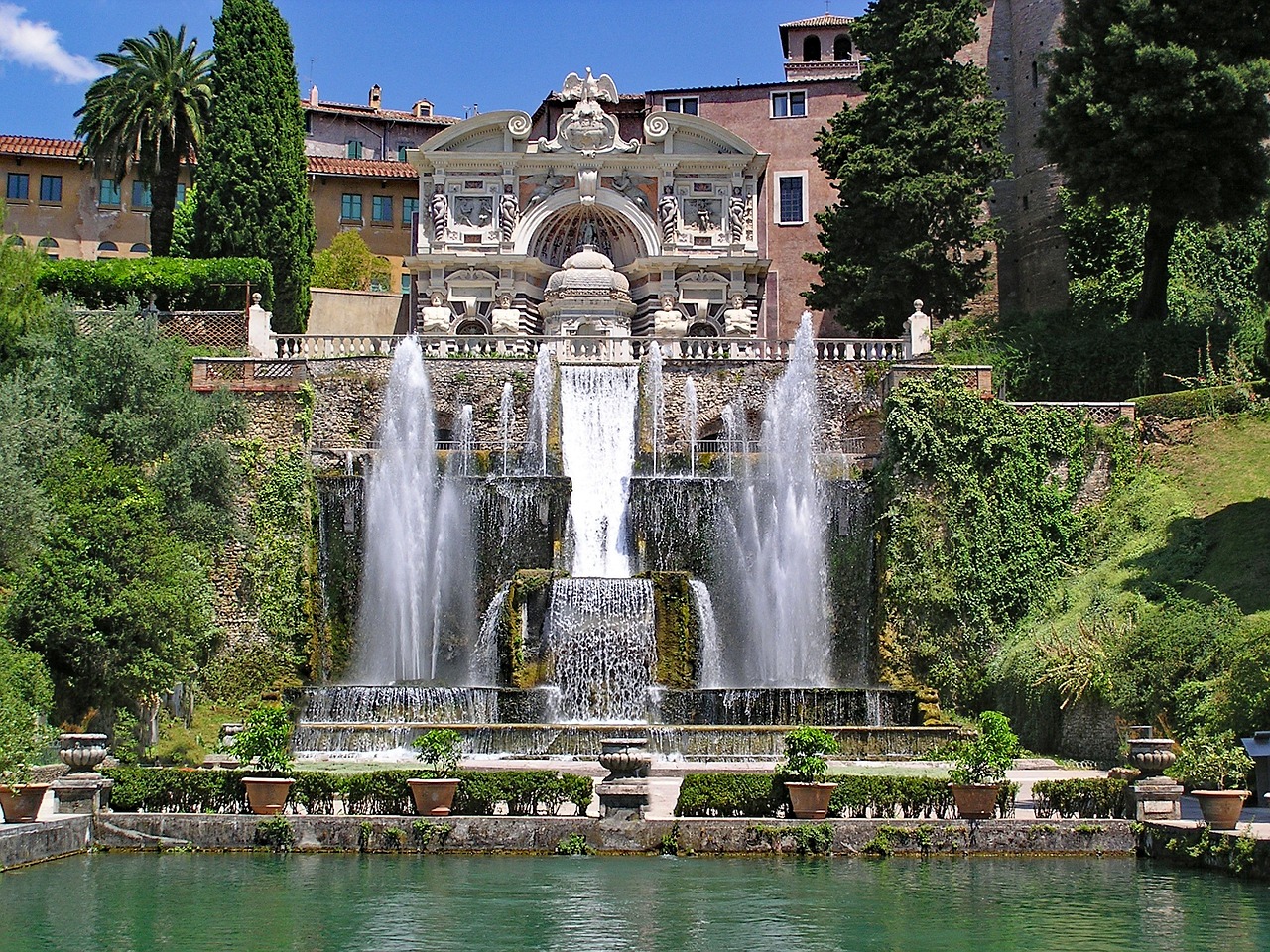 Who ruled Italy before Romans? If you were amazed by the majestic appearance of Imperial Rome, visiting Tarquinia & Cerveteri will unveil a time when Rome was a little village, ruled by foreigner kings. Even nowadays, the true origin of these ancient people, the Etrurian, is a mystery. Some say they were coming from Asia. Other sustain that they were indigenous from Italy. However, visiting these two extended necropoleis is a unique experience, a dive into history, full of mystery and fascination. The whole archaeological site is packed with burial chambers whose walls are richly decorated. Among the many, you cannot miss the Tomb of Leopards in Tarquinia and let yourself be amazed by the gentle, harmonic frescoes and decoration on the walls, surrounding you from all sides, depicting a rich, cheerful Etrurian banquet, with musicians and wine. Continuing your visit to Cerveteri, you will find one of the most significant historical evidence of Etrurian customs and material culture. Etrurians used to be buried with their belongings, but here, instead of putting real objects, they decorated the walls with stucco reliefs of the same objects, letting us have a precious, deep insight of their daily life.

“Voi che pel mondo gite errando vaghi di veder meraviglie alte et stupende venite qua, dove son facce horrende, elefanti, leoni, orchi et draghi”.
Tourists travelling the world, looking for wonders, cannot miss the Bomarzo Sacred Park, as the prince Orsini stated. Built-in the 16th century by one of the most noble Roman family, the Park is a hymn to Renaissance and Baroque art. But do not expect to find harmony, beauty and perfect proportions. On the contrary, Bomarzo is a Renaissance horror playground. The beautiful nature of the site is inhabited by countless kinds of monsters and bizarre: there are sphinxes, Greek gods and nymphs, dragons, orcs, elephants, leaning houses. Dive into this grotesque and let yourself be amazed by this fantastic world of terror, surprise, astonishment, and fun. Just 18 km from the capital, during a sunny day, is a perfect place for the whole family. History, art and nature mix together with fun and bizarre, making the Bomarzo Sacred Park, as another bizarre art genius, Salvador Dalì observed a nonpareil invention in history. A place you cannot miss if you are looking for uniqueness. 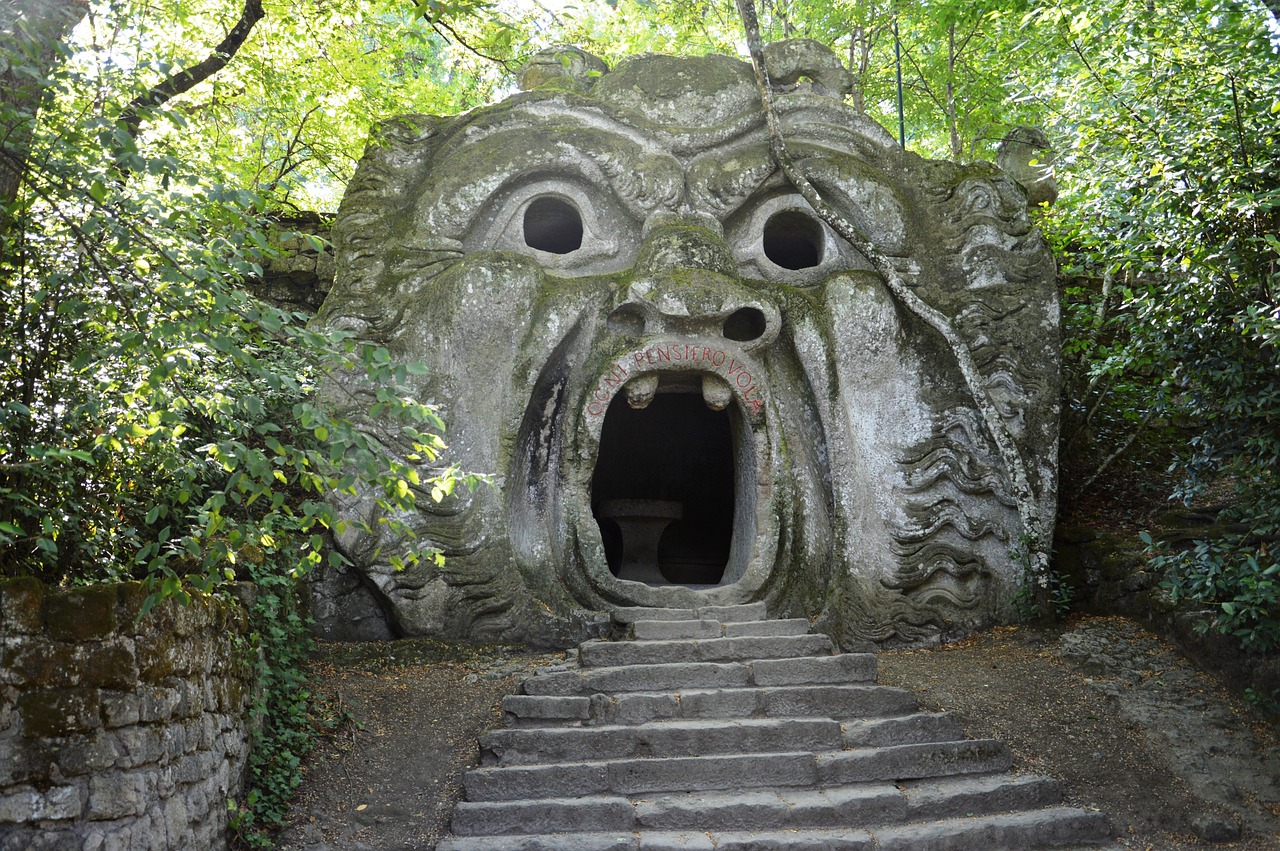 Would you expect to find a seemingly-alpine lake landscape just one hour drive from Rome? The relaxing atmosphere, the gorgeous nature, the abundance of local flora and fauna (defended by the institution of Protected Natural Area since 1999), in contrast with the lively, chaotic life of the Eternal city, make Bracciano Lake a surprise for most visitors. Walking along the lakefront, stopping for a snack in one of the many bars and restaurants, perhaps trying some of the tasty local lacustrine fish, or just relaxing at the beach and swimming in its surprisingly crystalline waters makes it the perfect place for a day dedicated exclusively to the classical Italian dolce-far-niente. The water is among the cleanest in Italy since the use of motorboats is strictly forbidden and a centralised sewer system avoids any spoiling of the water quality. If you feel sporty, you can rent a kayak or a pedalò to make the tour of the lake or you can windsurfing or sail from one of the countless sail associations located around the lake. Bracciano Lake, because of the absence of motorboat, is the ideal place for such activities. Beside nature wonders, Lake Bracciano has a long history. The first human settlements date back to the Neolithic age and visiting the town of Bracciano and its majestic fortified castle and medieval walls will make you feel the whole history and heritage of this fairy-tale place.

Merano, an hidden gem on the Alps. Spa, Food & Gardens

South Tyrol, in northern Italy, is a wonderful mash-up of cultures and has its own national colours....